Welcome to the neighbourhood! We take a look around the latest edition to Melbourne's Northern Suburbs, Future Mountain Brewing and Blending. Where old world beer is given a modern twist.

Just a couple of weeks ago, I mentioned that Australia was going to see an increase in breweries specialising in barrel-aged sours, saisons and wild beers. Well, without even knowing it, the newest kids on the block have opened just up the road from me.

Located in Reservoir, Future Mountain Brewing and Blending opened their doors last week, becoming another brewery to join the accidentally craft beer centric 86 tram route (The Crafty Pint have a pretty good lowdown on that). As a huge sour and saison fan, and the proximity of the 86 tram to my doorstep, it only seemed right to pay them a visit.

My first reaction on walking into the brewery was just how bright, airy and big the space is. Old meets new, with an impressive number of barrels adorning the converted warehouse, juxtaposed with a super shiny new brewing system. There’s something of a visual metaphor here, as the brewery’s focus is on bringing traditional styles such as the saison, back to its humble roots, using innovative techniques. 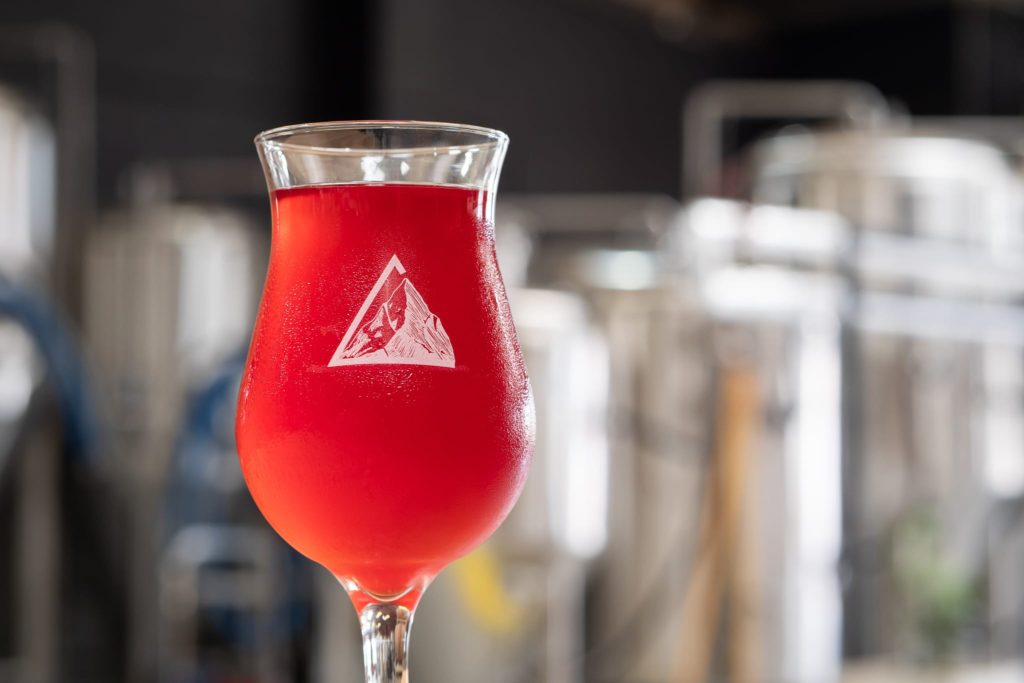 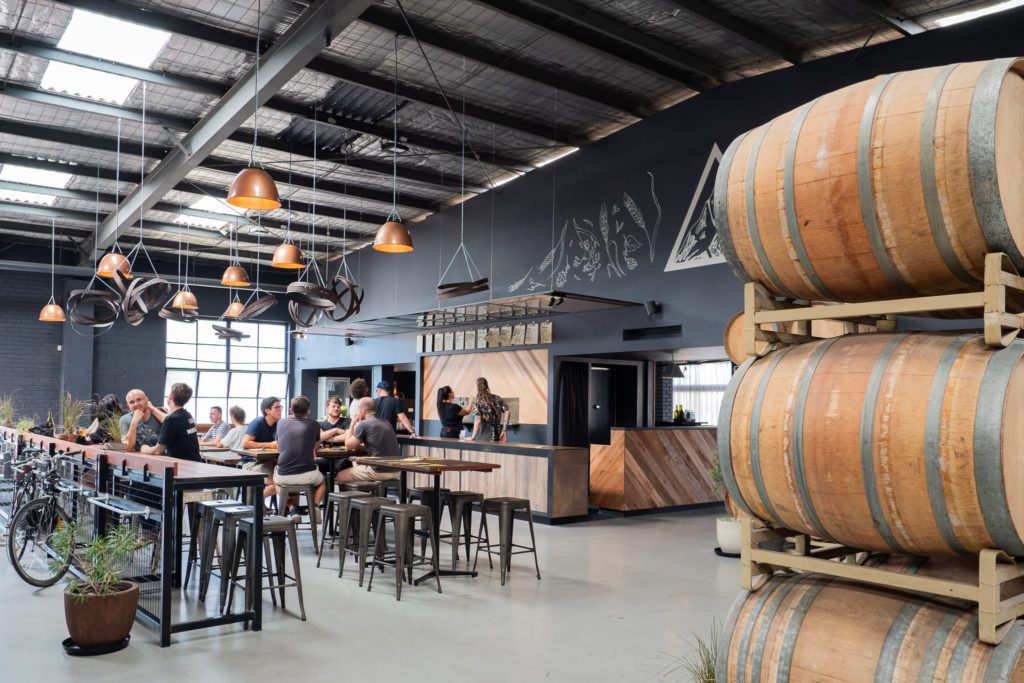 Future Mountain’s founders and brewers, Shane Ferguson and Ian Jones, both have experience working within the world of barrel-aged beers, with Boatrocker and Hop Nation featuring amongst their combined resumés. With that in mind, it’s no surprise they’ve opened up their own brewery, dedicated to farmhouse inspired, barrel-aged and mixed fermentation beers.

Speaking to Ian last week, it’s clear that this venture allows them to put all their focus solely on the funkier side of brewing, rather than feeling like they need to be putting out an IPA, NEIPA and stout as well. I really admire that, and it’s evident that this is something he’s particularly passionate about. Just Looking through the window of their “lab” is enough to confirm this. The likes of Hill Farmstead and Gueuzerie Tilquin are scribbled across the glass beakers, cultivating yeasts. This gives you some kind of understanding where their inspiration is coming from, and where they want to go. 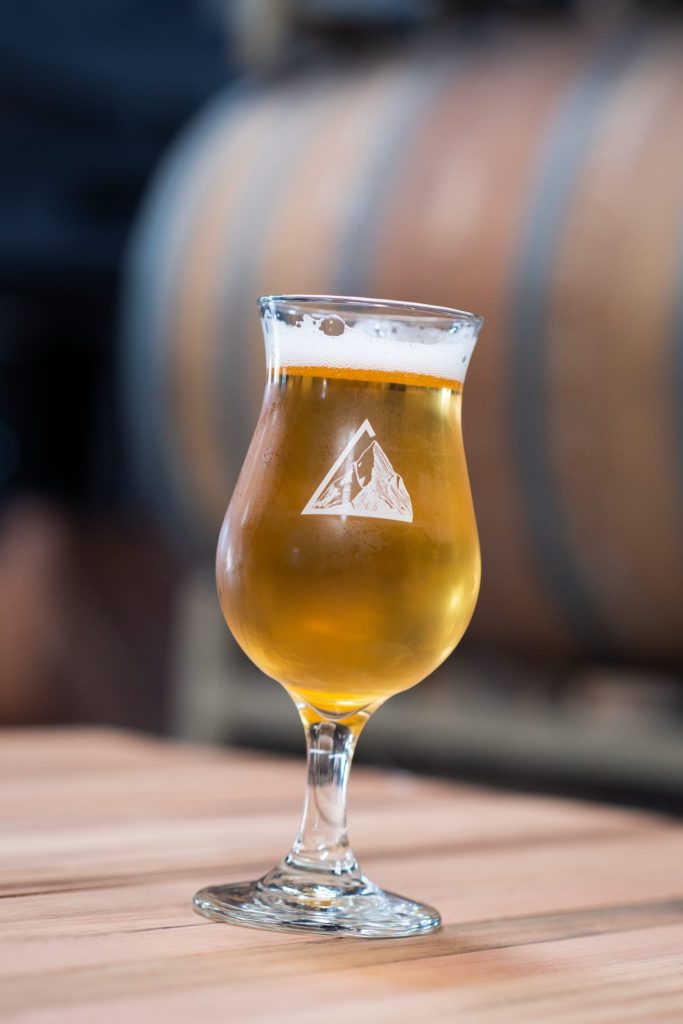 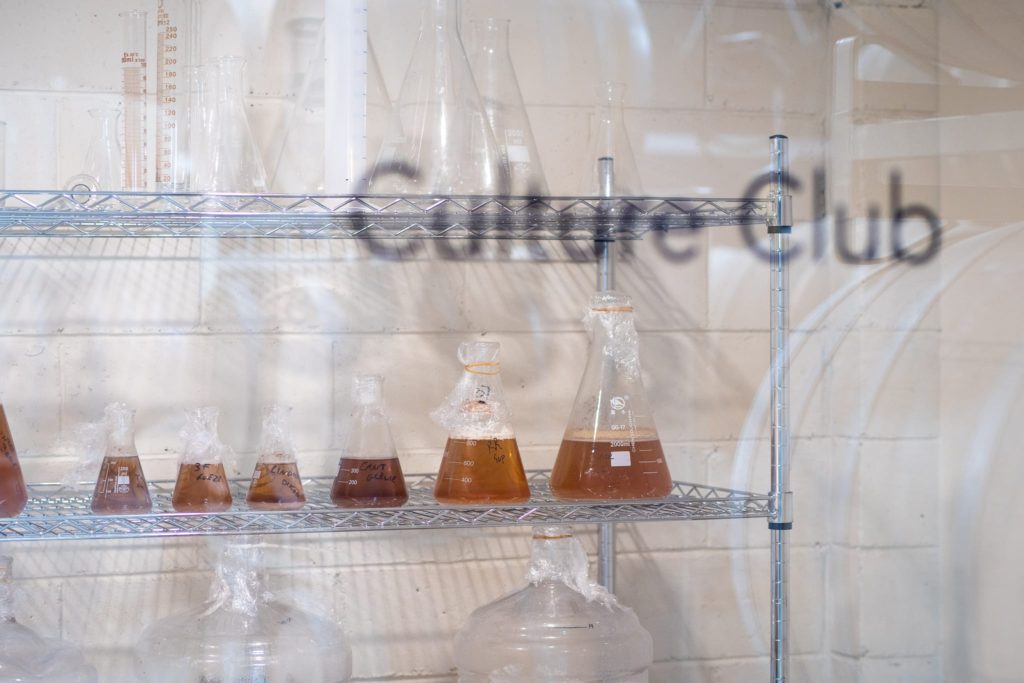 So, what about the beers? Well, on my visit their were 10 different taps on, serving the expected farmhouse beers, a variety of barrel-aged fruit sours and even a couple of Pilsners (to my surprise). On the subject of the Pilsners, they were about as good a Czech style Pils as you could hope to find in the Southern Hemisphere. It’s a style that I don’t think gets nearly enough love in Australia, but I thought they were awesome; the rye variant in particular.

Going into the sours, you’ve got your pick of peach, cherry and apricot. Where do you start? My money’s always on a cherry sour, but it was actually the peach that hit all the right notes for me. However, on the day, it was the barrel fermented saison, Wonders of Nature, that won out for me; a wonderfully bright, funky, sour beer. 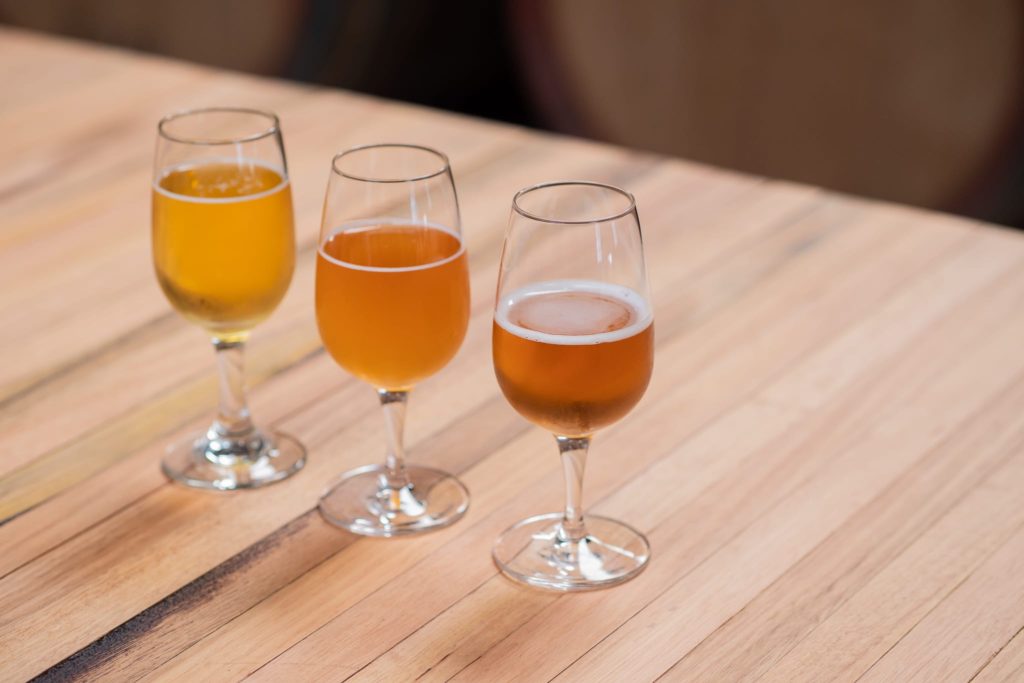 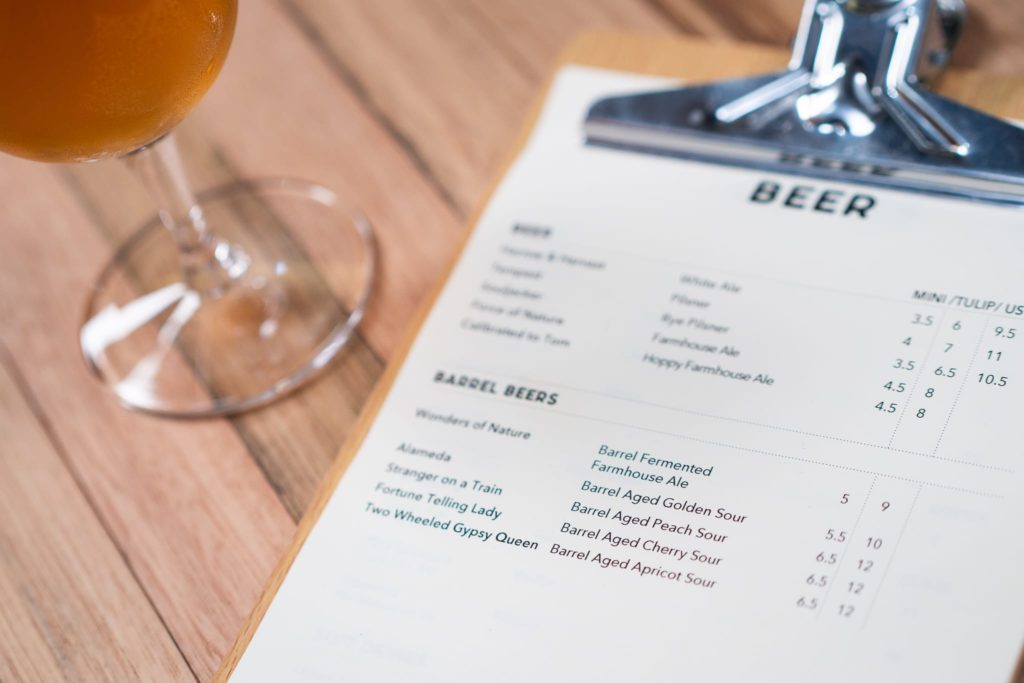 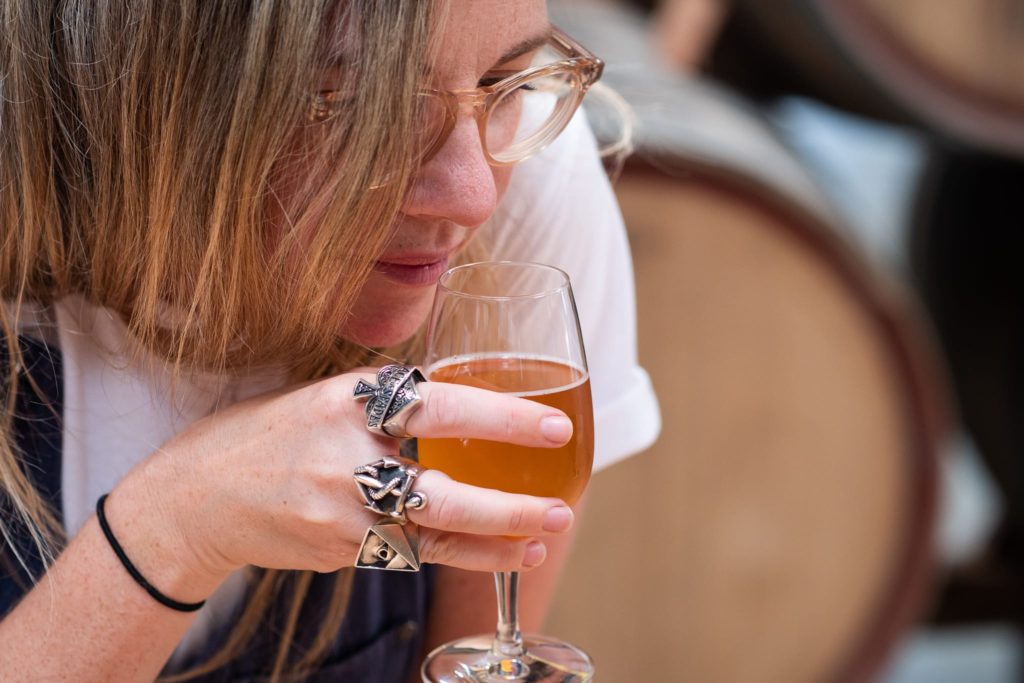 Based on the beers that I tried over the opening weekend, this is a brewery I’m really excited to return to. I’m looking forward to following their journey, seeing how they develop, and where they take things. Because, if these early days are anything to go by, there’s a foundation there, that I can only see leading to some great beers. If anything, it’s great to have another brewery joining the likes of Wildflower and La Sirène, taking Australia forward within this wild little pocket of craft beer. Future Mountain are a brewery you’ll absolutely want to keep your eyes on.

The next time you’re in Melbourne, make sure you ride the 86 that little bit further, and pay them a visit. 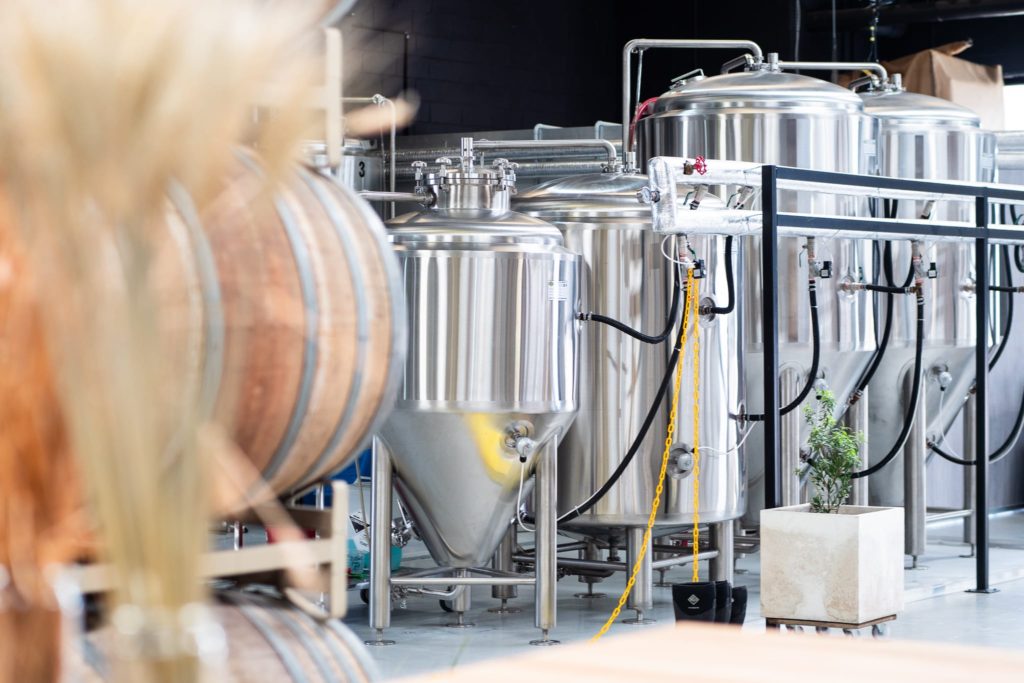